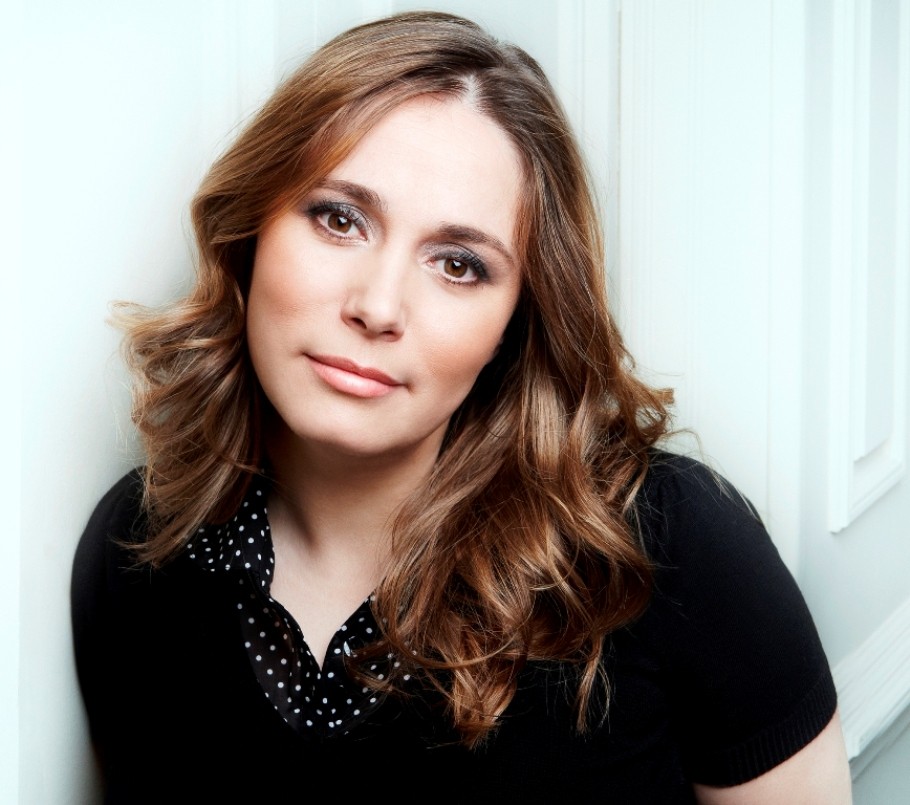 Born in Lleida, where she begins studying piano, viola and singing, completing their higher education singing at the University of Ostrava, in the Czech Republic.

With pianist Jorge Robaina she does an important work in the world of the Lied raising awareness in our country music of Czech composers as Martinů, Janáček and Dvořák, giving recitals in the Juan March Foundation in Madrid, the Teatro Calderón in Valladolid, Santa Forum Cristina de Haro and the Palau de la Musica Catalana in Barcelona, ​​obtaining a prize in the "Primer Palau" competition for his interpretation of Mahler and Dvorak, and has also sung at the Teatro Principal of Santiago de Compostela and Theatre Maestranza in Seville with pianist Rubén Fernández-Aguirre.

She has recorded for Czech, Mezzo, music and RNE Radio Catalunya and Alpha, gloss, CDM and Enchiriadis among other labels, and its extensive discography ranges from medieval music discs and Renaissance to the Baroque music. Among them, Telemann cantatas for alto, "Amor amenta el valor" of Nebra, "Tones harp" with the harpist Manuel Vilas, "Cantate Contarini" seicento Italian cantatas and "Juditha Triumphans" by Vivaldi with the Academy 1750 conducted by Ottavio Dantone.

In the 2012-2013 season she sang Haydn with the Philharmonic Orchestra of Malaga and a program of Rossini with the National Symphony Orchestra of Barcelona and Catalonia.

The entry of Spanish musicians into the mainstream of historical performance of Baroque music continues with this release, featuring the superb young contralto Marta Infante in a series of "alto cantatas" -- short works from the Harmonischer Gottesdienst (1725) for solo alto and a small ensemble, consisting of a pair of arias with one or two recitatives. These works represent Telemann at his most Bachian, with the affect and imagery of the arias representing basic ideas of the Lutheran faith. The programmatic aspect is more direct than in Bach, and initially the music seems to be intended for singers of lesser gifts than Infante. But what she accomplishes is a rare thing: a truly virtuoso reading of music with modest dimensions. Infante looks for all the world like a major new presence on the Baroque scene. Her voice has a wide vibrato that is nevertheless startlingly controlled and firmly tied to the center of the pitch, and she has an uncanny way of being able to hang back in the slower arias at low dynamic labels with a kind of shimmering presence, finally emerging with an outburst on a key word. When the pedal meets the metal as Satan enters the scene in a virtuoso aria like "Schwarzer Geist der Dunkelheit" (track 14), from the cantata Ergeuß dich zur Salbung der schmachtenden Seele, TWV 1:448, she generates extraordinary momentum, sticking precisely to the tempo for the first parts of the aria's fast sections and then introducing just enough variance to suggest a singer in perfect control of difficult music. One looks forward to hearing her in Handelian showpieces, but also in smaller works like these, to which she brings a distinctive and non-diva-like personality. Everything else is in place: the lively and sympathetic quartet accompaniment (with organ and archlute continuo) by the Ensemble Fontegara under Raúl Mallavibarrena, excellent sound under the co-production of Infante and Mallavibarrena themselves in the church of San Andrés in a town with the poetic name of Quintanas Rubias de Arriba, and hip graphic design (on the back cover you get not Infante, but her empty office chair). A group of Telemann cantatas by a singer from far outside the heartland of the north German Baroque may seem an odd choice for the potential purchaser, or for that singer's major recital debut, but it is a brilliant success on all counts.