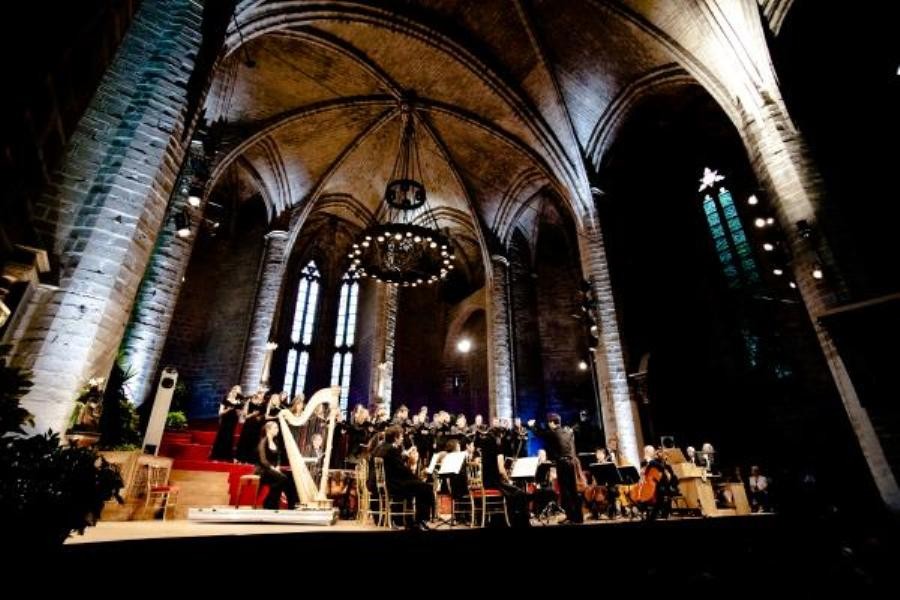 Group apart in the musical landscape of French permanent orchestras, the Orchestre d'Auvergne is a string ensemble in which excellence is recognized beyond its borders. The particularity of his 21 strings lies in the exceptional stability of its members, 5 of his musicians present at the creation of the Ensemble in 1981, 19 more than 15 years ago; and the high quality of a specific job in the Chamber Orchestra, directed by Jean-Jacques Kantorow, then by Arie van Beek, with the participation of soloists and conductors from the best, all instruments and all generations in a mixture like no other.

Numerous pages in the history of the formation have been marked by constant musical commitment by both musicians as music directors, allowing the realization of numerous tours and more than 30 CDs, all together and ensuring fidelity musical life in the Auvergne region and the city of Clermont-Ferrand.

Initially it is the responsibility of Jean-Jaques Kantorow the orchestra have understood this and have forged sound and linked dynamic, qualities that have captivated all audiences. Indefatigable visionary, has been training at the highest international level, with generosity and requirement, allowing each musician also find their way, creating a series of chamber music concerts in small formations. This practice is one reason why it has reached the high cohesion of the ensemble instrumental.

Arie van Beek has kept this vision very widely opening the musical horizons of the orchestra: A continually renewed repertoire, from the Baroque period to contemporary creations, from one continent to another with constant zeal to detail and absolut respect for the composer and the score.
Following the continuity of this spirit of excellence, the young Spanish director Roberto Fores Veses has been named musical and artistic director of the orchestra in 2012.

All these elements together augur a long and fruitful career ahead for this chamber ensemble, born of the will of decentralized cultural policy for classical music, the orchestra has defended, which has given life and led the highest level since its inception.