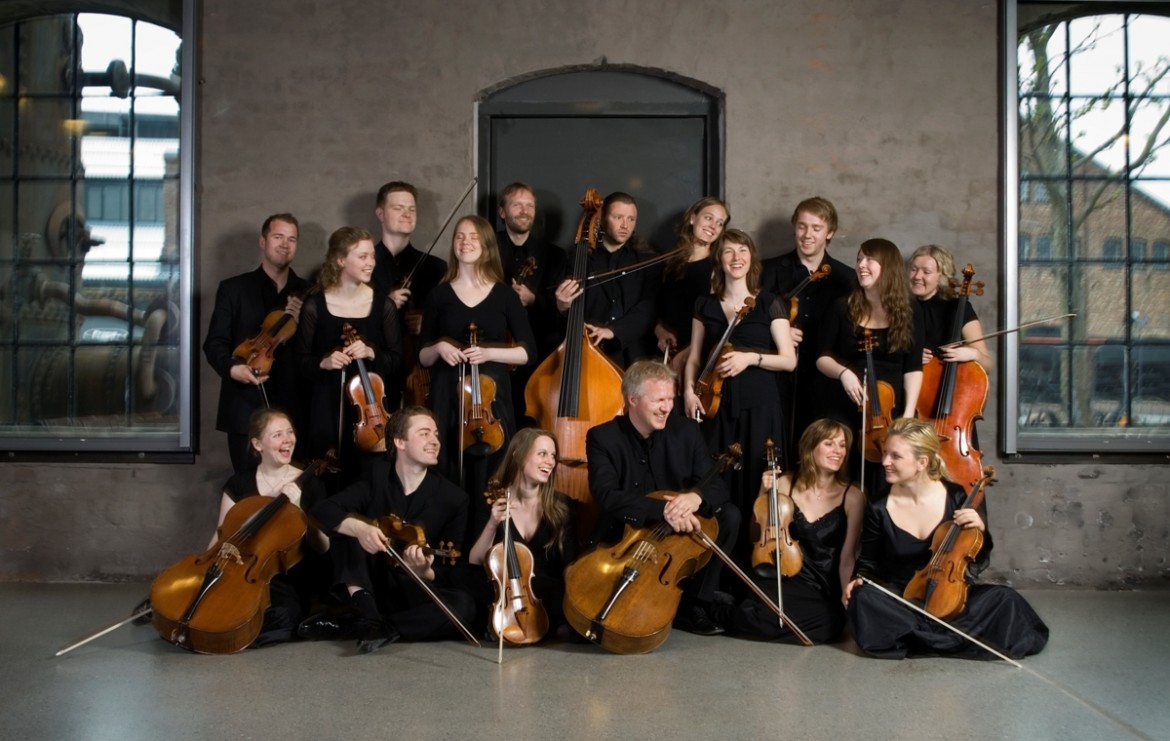 February 2011. A group of classical musicians from Norway is back at the Staples Center in Los Angeles,
sharing the red carpet with the greatest names in musical entertainment. They’re not from a powerhouse
orchestra in Oslo or Bergen, but from a picturesque town hemmed in by mountains and a fjord. They’re
the Trondheim Soloists under artistic director Øyvind Gimse, accepting their fifth Grammy nomination in
three years.
It’s the latest in a long list of accolades. The ensemble’s spirit, diligence and innovation are paying off
again – this pure, lithe, unpredictable and idiosyncratic group fast building a reputation for quality and
originality.
It started in 1988. The ensemble for training young string players soon became known for its energy and
warmth. On its first foreign tour, London audiences wouldn’t stop clapping. The Trondheim Soloists turned
professional, but the spirit of apprenticeship stayed: student musicians became part of its constitution.
Major collaborations followed. Anne-Sophie Mutter sought-out the ensemble’s energy and verve. Leif Ove
Andsnes tapped into its smoothness and sensitivity. Folk and rock artists discovered its versatility and
openness.
Today the orchestra revels under Øyvind – a musician with the enthusiasm of a teenager and the brain of
a virtuoso. He has tapped into ensemble’s lifeblood of youth and discovery. He has pushed the boundaries
of its repertoire and taken it around the world. The founding vision of violinist Bjarne Fiskum remains, but
now the Trondheim Soloists are heard in New York and Beijing, London, Berlin and Cape Town.
Trondheim, though, always shines through. They call it ‘the city with a heart’. And that’s precisely what you
hear in the unmistakeable Trondheim sound.

Cello player Øyvind Gimse is the Trondheim Soloists´ artistic director from 2002 continuing with the characteristic wide profile and versatility of the orchestra. He studied in Munich, Salzburg and Vienna with professors as Walter Nothas, Frans Helmersen and William Pleeth, and he became first cello in Trondheim Symphonic Orchestra between 1991 and 1997.
At present he is professor at the Trondheim School of Music and he has a great career as soloist and chamber musician.
Øyvind Gimse combines poetry, visual arts, dance and theatre into a global artistic outfit. He has a unique ability to emotion the audience, placing the musical experience in the centre of his performance.
“He has all what is needed to become an international soloists”, said Anne- Sophie Mutter to the newspaper Adresseavisen in Trondheim.