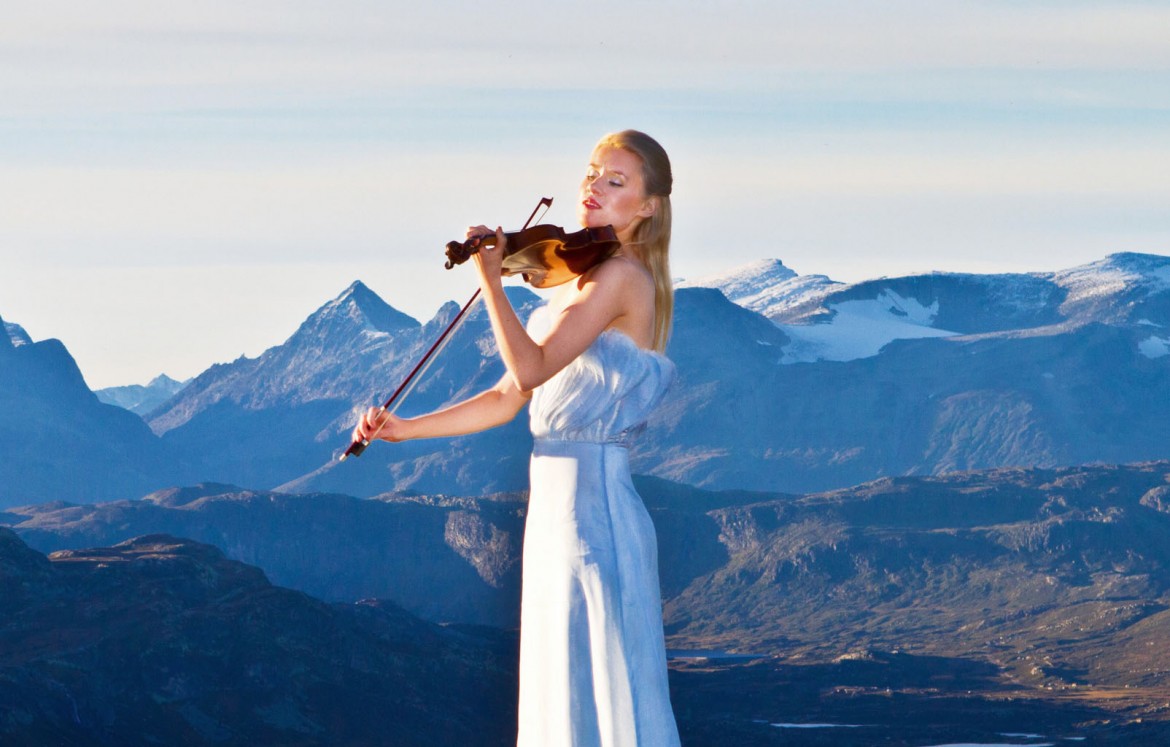 Upcoming engagements in the 2013/14 season include a concert with the Norwegian Radio Orchestra and concerts with the Trondheim Soloists in Russia, Czech Republic, Denmark and Norway. She will be performing in Germany with the Staatstheater Orchestra in Kassel as well as the NDR Radio Orchestra in Hannover. She has also been re-invitated to the Czech National Symphony Orchestra. She will play recitals in Norway and Ukraine.

Among the highlights of the 12/13 season were Eldbjørg’s performance at the Nobel Peace Price Ceremony in Oslo, concerts with the Nederland Sinfonieorchester and RTÉ National Symphony Orchestra Ireland. She performed Beethoven´s Violin Concerto with the Umeå Symphony Orchestra. Other appearances in Sweden include recitals in Borås and Vara as well as concerts with the Jönköping Sinonietta and DalaSinfonietta.

Eldbjørg Hemsing is in demand at international festivals and in recent years has appeared at the Verbier Festival, AlpenKlassik in Germany, International Chamber Music Festivals in Oslo, Stavanger and Bergen, Bellerive Festival, Bad Kissingen Festival among others.

Eldbjørg Hemsing is continually praised for her ability to connect with the audience. She has received a number of prizes and distinctions, among them ’Musician of the Year’ in Norway’s Young Musician Competition as well as Audience Prize at the Verbier Festival in 2006, 1st Prize and Audience Prize in the Virtuos Competition in Norway, Audience Prize in the ’Young Musicians 2008’ final in Vienna. Eldbjørg Hemsing is a recipient of the Norwegian Radio Orchestra’s prize for Promising Young Artists and the Norwegian Soloist Prize. She was also awarded the Statoil Grant, “Heroes of tomorrow”. In 2012 she and her sister received the Arve Tellefsen’s Musician’s Award.

Together with her sister Ragnhild, also a violinist, she works in a duo partnership. Recently they played Bruch’s Double Concerto with the orchestras of the Staatstheater Kassel and Mecklenburgisches Staatstheater Schwerin. Furthermore the sisters were invited to perform at the Nordic Cool 2013 Festival in Washington DC. At the 2013 Bergen International Festival the duo premiered Lasse Thoresen’s new Double Concerto for two Violins, a piece he dedicated to the sisters, together with the Trondheim Soloists. In 2010, Eldbjørg and Ragnhild filmed the documentary “The sound of Ole Bull” for the Norwegian National Broadcast NRK. In the film the sisters premiered a newly written piece dedicated to them by Lasse Thoresen with Leif Ove Andsnes. The documentary won the Silverprize at Circom Festival, European Championship for television programs 2011 and a Golden Rose at the Rose d’Or Festival in Luzerne in 2012.

Eldbjørg Hemsing performed during State visits for the King of Norway.

Born in Valdres, Norway, in 1990 Eldbjørg Hemsing started playing the violin at the age of five and studied at the prestigious Barratt Due Institute of Music in Oslo as well as with the renowned Prof. Boris Kuschnir
in Vienna.

Eldbjørg Hemsing plays a GB Guadagnini violin from 1754 kindly on loan from the Dextra Musica Foundation.

Due to her keen interest in Norwegian design Eldbjørg Hemsing has collaborations with well recognized designers such as Nina Skarra and Hege Kristiansen.

«Even the outstanding guest soloist impressed: Eldbjørg Hemsing, who one, not only due to her dazzeling appearance, would like to call a violin-elf. The Norwegian girl played the «Méditation» from Tchaikovsky’s «Souvenir d’un lieu cher» and Franz Waxman’s brilliant Carmen-Fantasy. Through all the splendour she sounded nuanced and gentle rather than loudly boastful. Delicate virtuosity from the young violinist in the red dress..» Kassel, 2014